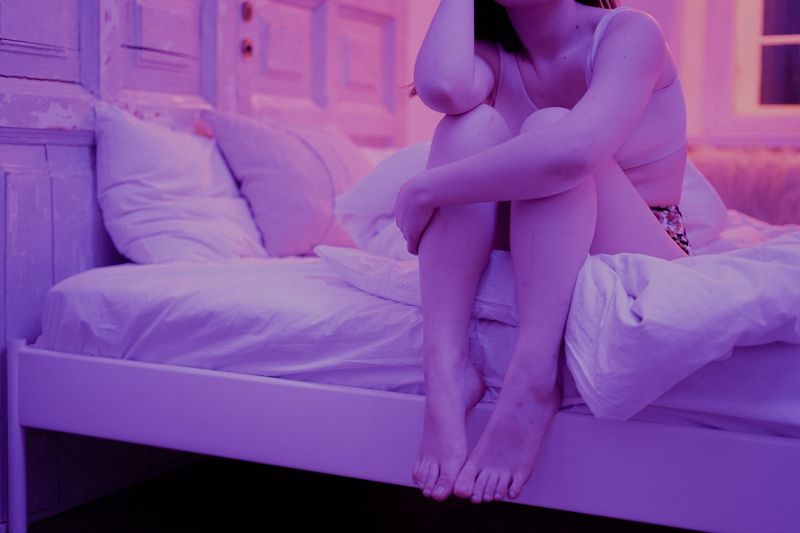 During our lifespan our sleep needs change. However, there are patterns and behaviours that help or interfere with restful sleep. Sleep deprivation exacerbates irritability, moodiness, sadness, and fatigue.

Lack of sleep can present on its own or with emotional or psychological difficulties. When you don’t get enough sleep, your depression, anxiety, stress or psychological problems will be worse. Because sleep has a strong effect on mood, it is a priority to deal with it in therapy

For example, when the patient has difficulties in falling or staying asleep with frequent awakening, then it is associated with anxiety problems but if you wake up too early in the morning then it can be down to depression.

From clinical experience I have found that difficulties with sleep are sometimes associated with fear that activates a mechanism in the brain that says something like” stay awake, you need to be vigilant”. A biologist colleague said “it is like in the wild if you fear you are under attack, your brain will make you stay awake”. Therefore, working on the fear can facilitate going back to a normal restful night sleep.

A Clinical Psychologist can help you identify the interference or the cause of sleep difficulties, whether it is biological, emotional or behavioural and assist you in returning to restful sleep patterns.

There are a variety of therapies that have proven to be successful in resolving sleeping problems, the best two are psychotherapy and cognitive behavioural therapy (CBT). Nowadays CBT encompasses a wide variety of behavioural techniques that can be combined to obtain the most effective treatment approach to obtain a positive result. Some of these techniques are related to stimulus control therapy, sleep restriction, sleep hygiene, improving your sleep environment, the classic relaxation training or the traditional Biofeedback.

I want to mention a recent consultation when I used the CBT model to deal with a sleep problem.  I treated a war veteran about lack of restful sleep and night awakening. He described having coped quite well during his life with the experiences he endured while in the army.  He did not believe it was related to anything from his experience as a soldier but the assessment and formulation of his difficulties revealed that he had recently retired and that his thoughts and feelings about retirement were very similar to those experienced at the end of his career in the army. He did not feel useful anymore and those thoughts triggered anxiety while sleeping as he found that it was like wasting time when he could still be productive. His brain had associated being vigilant while at war, with being productive. When he retired, he felt less productive and his brain has become vigilant at night to compensate for those feelings to make him more productive.

Working on the links between his life experiences, his thoughts and his feelings allowed him to go back to a normal night sleep.

However, in a more complex scenario using psychotherapy proved more successful. This was a lady doctor who felt anxiety before going to bed and therefore avoided falling asleep on the sofa to go to bed. Resulting in feeling very tired in the morning and unable to concentrate on her patients for the short sleep time she was able to obtain.

This was a complex case and insomnia was not the worst of her symptoms. However, in the course of the psychotherapy treatment, she was able to associate that she felt anguish before going to bed as she realised, she could not relinquish her control on consciousness as was afraid she would not wake up. This realisation allowed her to resolve part of her anxiety and successfully go to bed earlier.

What is the most effective treatment for insomnia?

What therapy is good for sleep?

Can a therapist help me sleep?

How can I solve my sleeping problems?

How does sleep therapy develop?

How long does sleep therapy take?

If sleep problems are a primary problem, you will find that only a few sessions are needed to restore normal sleep.

If lack of sleep is caused by other psychological problems, we still will address the sleep problem as a priority but it may require investing in more sessions as it can be entwined with other feelings, behaviours or situations.